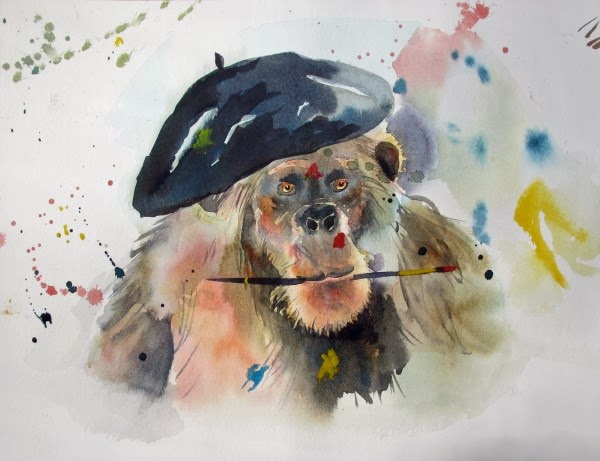 
I am a hermit during the tennis tournament at Wimbledon. Rarely leaving my abode, glued to the tv watching my heroes. One of them being Kenny Eckerslyke.  Now some of you will have met him on my other blog http://pollyluvspaintingetc.blogspot.com  along with my other northern England friends and their activities (if you would like to meet them and Kenny go to my blog and click on the label 'friends of mine' or click on my link at the top of the right hand column of this blog)

Now Kenny is an avid tennis player who reckoned he could whup Andy Murray at Wimbledon this year.  How, did he get on, well he lost on Monday. He reckons the linesmen, umpire and crowd were against him 'cos I'm a reet ordinary lad from up north and I'm not posh, eeh by gum.  I'll be back again next year and by ecky thump I'll be the first northern champ!"

Well I were in the crowd. Poor Kenny lost his rag at the end and threw his ball into the crowd, with such venom. 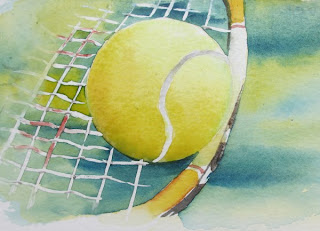 Followed by his shoes, one of which I caught!  I immediately threw it back because the smell was knocking me out. 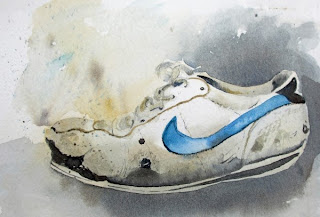 Poor Kenny, he thought he could win, but can 'ee eckerslyke!!!! 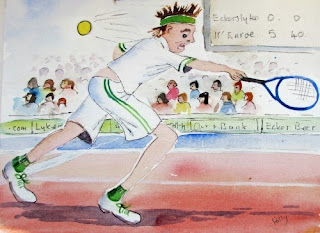 He drowned his sorrows by drinking a pint of bitter and eating some lancashire hot pot and an eccles cake.